IT departments in the private sector could help bridge the digital divide, both now and as we emerge from the current crisis

The COVID-19 pandemic has served to shine a light on so many inequalities throughout our society – but when it comes to the growing chasm of a digital divide, could IT professionals be doing more to bridge it?

As the post-Christmas lockdown loomed, and parents or guardians readied themselves for home-schooling once more, it became clear just how many young people faced being left behind because they lacked either fixed or mobile broadband access or a suitable device to work on.

Teachers and education experts were once again exasperated at the government for not providing promised free laptops or tablets quickly enough. On January 12, it announced 300,000 further devices would be made available, taking the total offered to 1.3 million.

Mobile networks also promised to zero-rate certain educational websites to remove them from eating up the precious limited amounts of data some families had on their phone contracts while BT's "Lockdown Learning" support scheme saw BT Wi-Fi vouchers handed to schools and charity partners to pass on.

Organisations and volunteers rallied too, rushing to scoop up unused devices from the public and businesses – in 2019 the Royal Society of Chemistry estimated there were as many as 40 million unused gadgets in UK homes alone.

TechForUK even created a Lockdown Laptops Map showing close to 1,000 schools that needed donations of such technology. Stephen Way, one of its volunteers who is also a school governor and a computer professional, told the media: "I have talked to headteachers and know there is a gulf between the equipment being supplied by the Government and the needs of students in most schools.

"Getting devices to them is a big enabler so we hope to make that process easier while pushing for more broadband access."

"It is absolutely the role of business to fill the void"

Way’s sentiments – and proactive approach to resolving the issue – are shared by many in the business and IT fields. David Richards, who founded the campaign Laptops For Kids in October in his hometown of Sheffield, believes businesses and IT depts could and should do more. It has now given out more than 5,000 laptops in the city and is launching the scheme in Leeds and Newcastle.

Richards, CEO of software firm of WANdisco, which is headquartered in Sheffield and Silicon Valley, explains: "The UK government has deeply underestimated the severity of digital poverty in the UK and it is absolutely the role of business to fill the void. The shortage of laptops is a supply chain issue.

"While over a million children go without, thousands of businesses have a surplus of unused devices. Gathering dust in storerooms, they might be obsolete for the latest business purposes, but for a child in need they can make a huge difference to their education, during home learning and beyond.

“In the past, businesses claimed security concerns prevented them from donating used laptops, but our work with the WANdisco Data Academy at The Sheffield College has proved we can rapidly and securely erase devices, while offering on-hand training for students at the same time. There is no excuse for business to let equipment go to waste when it is so vitally needed."

Charity Business2Schools is another organisation doing similar work, and has 3,000 schools in the UK and Ireland registered for donations, with more than 20,000 tonnes of office equipment and furniture allocated. It’s also using its partnership with mapping software company Esri UK to make this as efficient as possible.

Lindsey Parslow, CEO of Business2Schools, highlights how passing such technology on is often cheaper than recycling it, saying: "Private technology companies should absolutely be thinking about schools when upgrading and recycling office equipment. It's nonsensical such an enormous amount still ends up in landfill.

"School replenishment of IT takes place every 10 years on average, yet businesses tend to recycle desktop computers and laptops every three to five years. Having updated IT equipment means kids aren't simply waiting for an old computer to load up, they can work faster and be more engaged in the classroom."

Is doing the right thing enough of an incentive?

With the Government allocating taxpayers money to fund its current scheme, could there be a better way to partner with businesses? 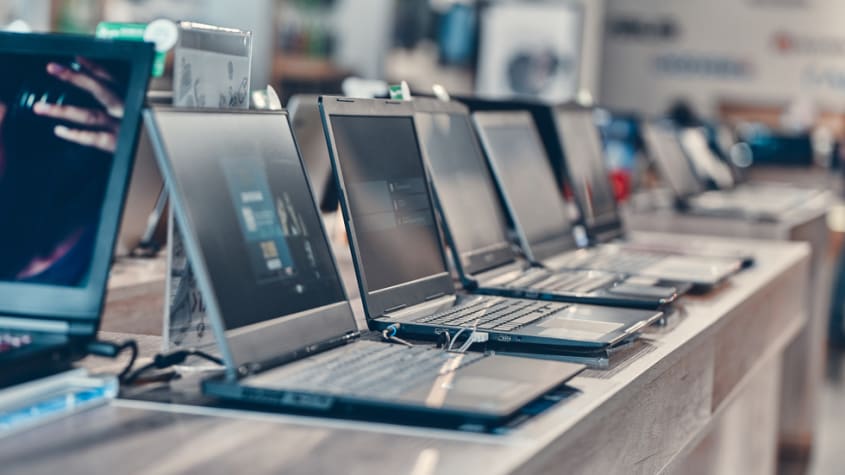