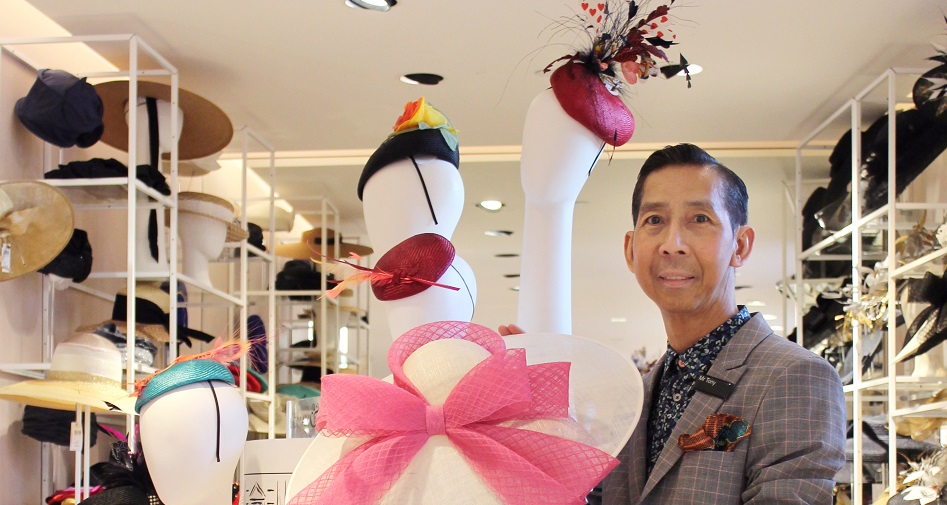 In January we will announce the winners of our Community Awards of Mayfair & St James’s. Here’s a look at nominees in the ﬁnal two categories.

Champagne corks will be popping in January, as the Community Awards of Mayfair & St James’s return for a fifth year.

The event, hosted by Mayfair Times, celebrates those who live and work in Mayfair and St James’s. These are two of the world’s most sought-after districts where luxury, heritage, culture and community collide.

Grosvenor, Sobha and Fortnum & Mason are the headline sponsors of the 2020 awards. The ceremony will be held in the ballroom at five-star hotel the JW Marriott Grosvenor House London on Park Lane.

Mark Plummer, manager of Handelsbanken’s Mayfair branch, says: “Once again, this year, we wanted to be involved with the At Your Service award as it so strongly reflects the bank’s own ethos.

“Acknowledging others who share our passion for service, therefore, seemed entirely the right thing to do.”

John Clifford, managing director of Conrad Family Office, says: “As the Community Awards of Mayfair & St James’s approach their fifth anniversary, the Conrad team are delighted and honoured to be sponsoring the prestigious Lifetime Achievement category.

“The awards are a brilliant opportunity to highlight the amazing individuals who mould the spirit and ethos of the area.”

On the night, 10 awards will be presented to the worthy winners. They have been nominated by Mayfair Times readers and chosen by a panel of judges.

Tirthankar Ganguly, chief marketing officer of headline sponsor Sobha Realty says: “We are delighted to be part of The Community Awards of Mayfair & St James’s 2020 as a headline sponsor.

“Since our entry in London with the opening of the Sobha Global Studio on Mayfair’s Park Lane in 2019, we have been welcomed by our neighbours and now feel very much part of the community.

“It is our pleasure to be able to give something back to those who make Mayfair and St James’s so special and contribute in making a real difference to the community.”

In the run-up to the event, we have been profiling some of the nominees in each category. In this post, we take a look at the final two awards, At Your Service and Lifetime Achievement.

Mayfair Quarters founder Lindsey Parslow has been nominated for the At Your Service award.

She is also chief executive of Business2Schools, which she launched in March this year.

The enterprising initiative encourages businesses that are moving or updating their computers and office furniture to donate their unwanted equipment to schools.

It has already distributed more than £2 million-worth of furniture and tech to schools across the UK.

Nominating Lindsey, Philippa Parker says: “Lindsey Parslow is a powerhouse, bringing companies together with schools so that they can donate rather than have to send to landfill all the equipment that is routinely refreshed in privileged companies.” 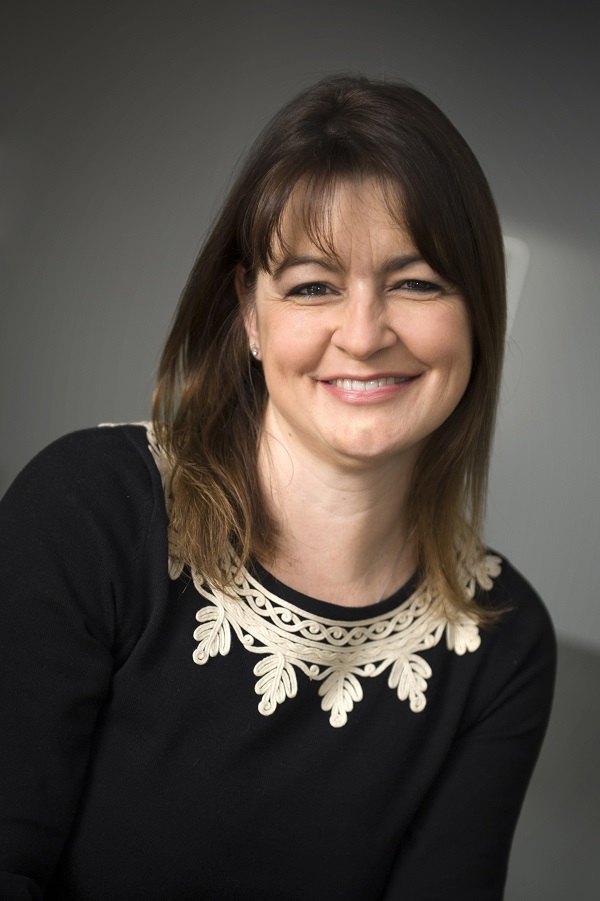 As chief stamper for Bond Street brand Smythson for more than a decade, John Timms truly does offer the personal touch. He has been nominated for the At Your Service award.

Prior to joining the luxury stationery and leather goods company, he was a supplier and printer for more than 40 years. He has also had an association with Smythson for well over half a century.

John enjoys meeting many different customers, who hail from all over the world.

“That’s what I find very interesting about the job; meeting new people all the time,” he says.

Fenwick’s “fabulous” millinery expert Mr Tony has been in the business for 15 years. He has been nominated for the At Your Service award.

His many regular customers trust his expertise and encyclopaedic knowledge of hats and their designers. They also appreciate his honesty about what suits them and his “all round brilliant character”.

He is known as the man in Mayfair when you need a hat for any occasion, whether it be a wedding, social event or Ascot. Mr Tony is a legend of the millinery and retail world of Bond Street and beyond. 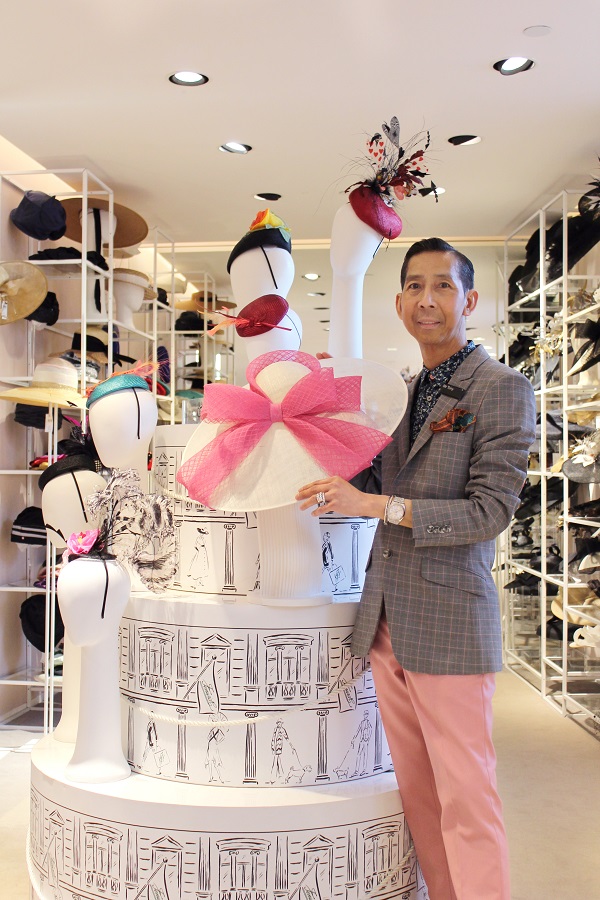 Sir Peter Rogers has been nominated for the Lifetime Achievement award.

His unconventional career has spanned the highest levels of both private and public sectors.

He left his role as managing director of a major bus operator in the Midlands to join the public sector.  Then, as chief executive of Westminster City Council, he drove improvements that saw the council recognised as one of the best in the country.

Sir Peter retired in 2008, but was brought back by Boris Johnson to overhaul the London Development Agency. He transformed it from an organisation that had lost its way into one that was energised to deliver jobs, skills and growth.

He is now chairman of the New West End Company, Europe’s largest business improvement district. Sir Peter is integral to the representation and promotion of 600 businesses across London’s West End. 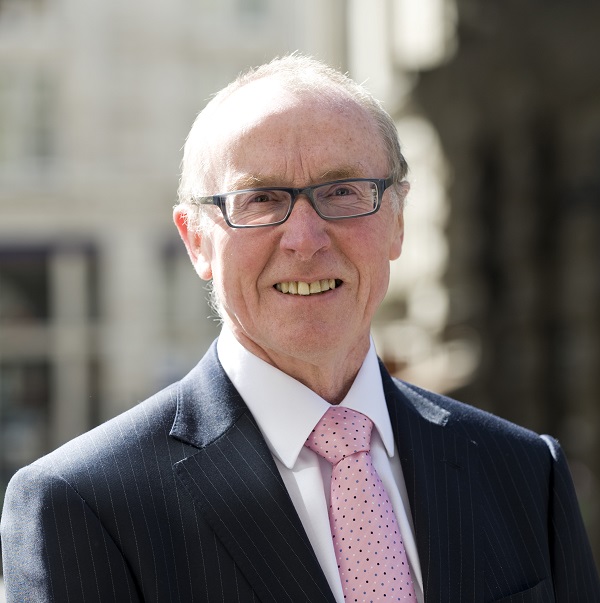 A “hugely respected and well-loved character”, Andrew Love has been nominated for the Lifetime Achievement award.

As chairman of the Ritz London and the Ritz Club, he is “someone many people turn to when needing advice or help”, according to Katie Thomas, who nominated him.

Andrew gives his time to many local causes and organisations. He is chairman of the St James’s Conservation Trust, a council member of the Mayfair & St James’s Association and the Jermyn Street Association, and a director of the Heart of London Business Alliance.

Despite a heavy workload, he is a “tireless and generous fundraiser” and a member of several charitable committees, including the Stroke Association, for which he is an ambassador.

Katie adds: “He has personally championed so many people and helped young careers flourish.” 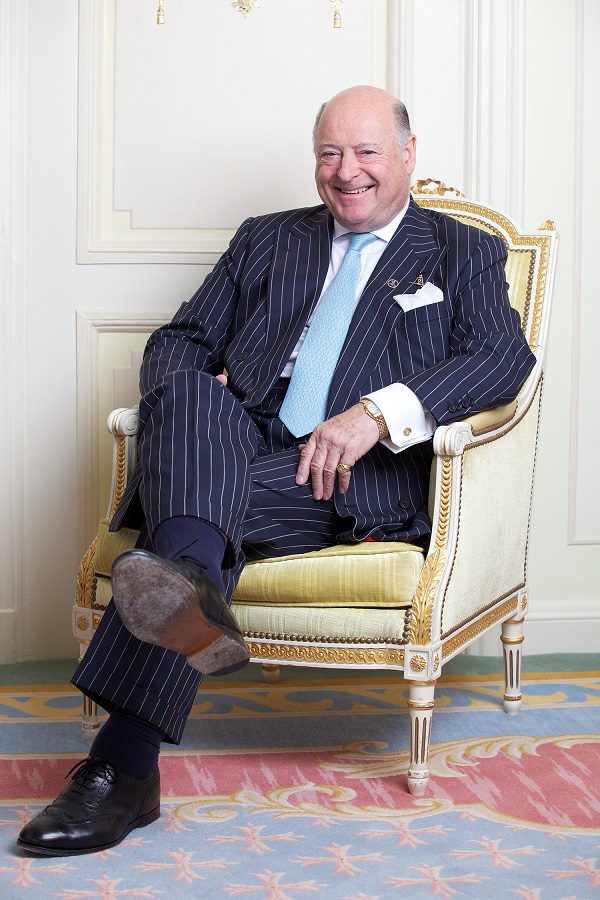